If you are searching for the solution to the Discord Won’t open problem, then you are in the right place to Fix the Discord Won’t start problem. Here I am going to provide different methods to Reopen Discord on your Windows or Mac Computers.

If you are a true PC game lover, then you will definitely know about Discord. Actually, Discord is an open application that allows gamers to communicate with other gamers while gaming. With the help of the Discord application, you can chat, call, video call, talk with another gamer while playing games on a PC or Mac. Sometimes Discord may get you in trouble while gaming, in that situation you may lose because of miscommunication between you and your co-gamer.

I think most of the gamers when they are playing games on their Windows or Mac, will face Discord problems like Discord Won’t Show, Discord Won’t Be Opening, or in some cases displays the classic grey Discord window without any functionality. Actually, at first, Discord is available as a web version, but recently app is developed for gamers to chat while gaming. But the Discord app sometimes Won’t Open even when you double click on the executable file. I think most of the users did so many steps like reboot the app or completely reinstall the app to reopen the app, but still many users fail to open Discord after getting the Discord Won’t start error.

As I said earlier Discord is a calling and texting application that allows PC or Mac gamers to communicate with other gamers through chat or voice while they are playing. Actually, you have to install different applications like Skype, curse voice, Mumble, Ventrilo, etc to get different features, but when you install Discord on your Windows PC or Mac Computers you will get all the features in one place where you don’t need to install different apps like Skype, curse voice, Mumble, Ventrilo, etc.

Reasons that lead to discord won’t open on your device

Here we are providing some methods to fix the Discord won’t open and Start issue, follow the below methods carefully. 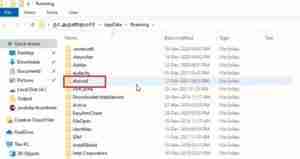 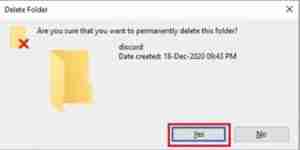 That will allow you to open Discord if not follow the below step for the next method.

Method 2: Use the Task Manager to stop the process of Discord 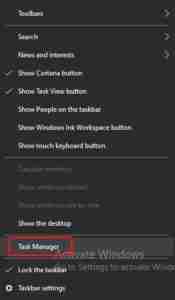 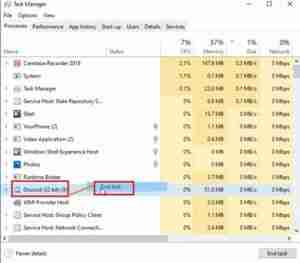 This is the process that allows Discord to open when it is not opening with help of the task manager.

Method 4:Use the Command Prompt to close the operations of Discord

This is the process that gives access to Discord to run as an admin with the help of a command prompt. 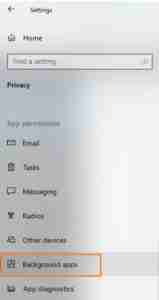 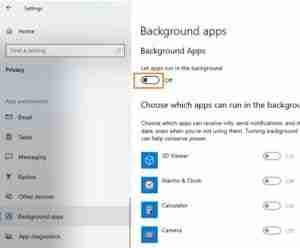 Maximum this is the major reason that will lead the app Discord to not to open as it is required to use if the apps closed or turned off the apps that running in the background maximum this will be the solution for this issue if not follow the next method.

If there is the latest update in the app that needs to be updated immediately to use the app if not that will be the reason that leads not to open the app Discord.

Sometimes you may face the discord is stuck while checking for updates, so you need to update the discord.

That will allow the app to open on your device if not follow the next method.

There may be a problem of files crashing while downloading if any other operation is running while installing the app that leads to crash the app so that may be one of the reasons not to open the app Discord. So follow the below to reinstall the app that will fix the issue. 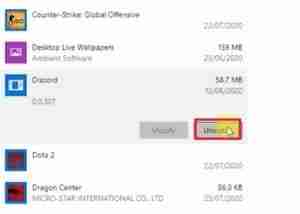 These are the major methods that will allow you to fix the issue of the problem won’t open the app Discord those are not just words all the above methods are the permanent solution for that error.

Changing the Date/ Time setting will solve the issue in most cases, to do this process the user must follow some simple steps. 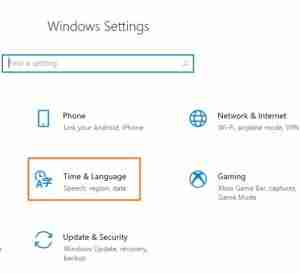 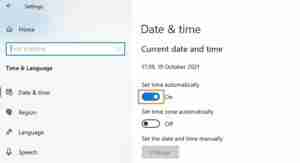 Question 1: Is it possible to fix the issue of Discord won’t open?

Answer: Yes, there are many methods that will allow fixing the issue of Discord won’t open.

Question 2: Why this app won’t open on my device?

Answer: Yeah as I mentioned above those are the only reasons that will lead to the raise of this issue.

Question 3: Is it possible to reset the app Discord?

Answer: Yes, it is possible to reset you just need to tap the Control (Ctrl) and R key that will allow you to reset the Discord app.

Question 4: Is it safe to use Discord for kids?

Answer: Yes, the app is very safe and sound that will allow communication with all the required people but the risk depends upon how they use it.

Question 5: Is sexting possible with Discord?

The issue of discord won’t be opening is a common problem no need to worry there are various solutions available as mentioned above other than that Discord is the latest trending app that contains additional features that are not available in several related apps. Everyone loves to share text files and sharing videos but enjoying different tasks at a time such as gaming, listening to music, and sharing screens at a time is not possible in other apps but in the discord app, you can enjoy all the tasks at a time .spellchecking is the special advantage in discord. According to my, it is a more advanced app acquired by this generation.

That’s it Geeks hope all the above content will help to solve the problem of Discord won’t open.